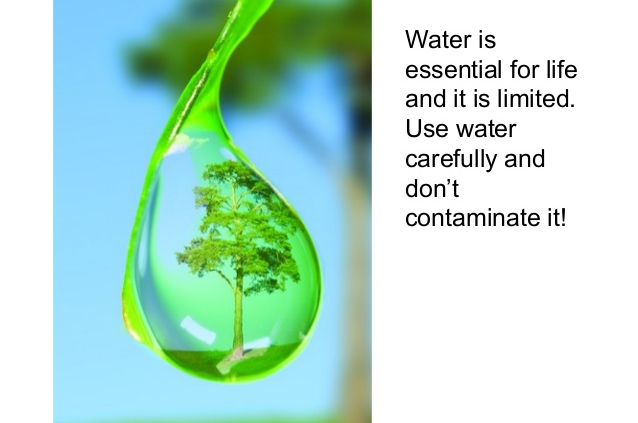 When basic needs come to mind, you quickly think about food, shelter and clothing. Perhaps the most important and overlooked in this category is Water. As the famous adage goes ‘Water is life’ and literally it just means that. Ever imagined going for a week without water? Thirst, hygiene, foods domestic, agriculture, industrial use – water is required in every aspect of human, animal and plant life. In spite of all these, humanity faces a severe crisis if efforts are not focused to conserve water towers and promote sustainable use of water.

Some worrying statistics from the United Nations prove that water scarcity already affects every continent. Around 1.2 billion people, or almost one-fifth of the world’s population, live in areas of physical scarcity, and 500 million people are approaching this situation. Another 1.6 billion people, or almost one quarter of the world’s population, face economic water shortage (where countries lack the necessary infrastructure to take water from rivers and aquifers).

Water scarcity is both a natural and a human-made phenomenon. There is enough freshwater on the planet for seven billion people but it is distributed unevenly and too much of it is wasted, polluted and unsustainably managed.

In Kenya for instance, more than two thirds of the country is arid and semi arid therefore the residents of such areas have no access to water, made worse by effects of climate change. Perrenial droughts impact the lives of an increasing number of Kenyans and their livestock, through decreased livelihoods and well being. The worst part is that the drought patterns are predictable but the Government largely seems to respond only when disaster strikes. There is an urgent need for more proactive measures to help mitigate the effects of drought. Despite the obvious links between climate change and water scarcity in Kenya, the challenges seem to be politicised, a major setback in trying to achieve water sustainability for current and future generations.

Kenya is on the world map for hosting the Seventh Wonder of the world that is the wildbeeste migration across the Mara River. Howver the Mara River is slowly but steadily drying up! It is devastating to imagine losing such an important part of the country’s heritage because of reckless environmental management.

To curb this, everybody must be committed to playing their role. Individuals must change personal habits inorder to conserve and recycle water as much as possible. Government entities tasked to manage this important resource must be empowered to deliver on their mandate in a timely manner without interference. Industries that emmit their raw effluents into water bodies should be fined heavily and also bear the costs of cleaning their pollution, and shit down if non-compliant.

The Kenya Organisation for Environmental Education (KOEE) is playing a key role in educating schools and communities through initiatives such as the Eco-schools programme under Education for Sustainable Development, where students in participating schools learn about environmentally sound practices. This is important in bringing up future generations that care for the environment and have the competencies to make truly sustainable development a reality in Kenya.