One of the current emerging environmental challenges globally is invasive species and their associated impacts. A species is considered to be  invasive if it has been introduced by human action to a location, area, or region where it did not previously occur naturally and it becomes capable of establishing a breeding population in the new location without further intervention by humans; Global invasive species programme (GISP, 2004).An invasive alien species is also a non-native species both plants and animalswhose introduction causes or is likely to cause economic harm, environmental harm, or harm to human health among others.

Cuscuta japonica commonly referred as Japanese Dodder is an invasive species that is native to Eastern Asia, which is recorded as a significant weed of fruit and ornamental trees in Japan, China and neighboring countries. It is a typical parasitic dodder with yellowish vines 1-2 mm in diameter, almost devoid of chlorophyll and much branched. The vines twine anti-clockwise around the host stems and foliage. Recent research by the Biotechnology Department at Kenyatta University, characterized the invasive plant as one that is a ‘master of deceit’ and which at a glance present itself as an enviable canopy that most people want to have around, thus its continuous spread in most parts of the continent, Kenya included. As an adaptation modification, it has a wide range of host plants but is majorly associated with the yellow oleander trees (flowerbeds), found as home hedges in most rural homesteads. It also attacks bougainvillea plant species and other plant species.

In Kenya, the manifestation of the dodder has been majorly reported in Western Kenya by most farmers who fear that it will be an uncontrollable challenge to agricultural activities in the region if not addressed early by the concerned departments. With the climate change causing vulnerability to the agricultural sector, it is vital to look into measures that can be taken to prevent any anticipated impacts of Japonica in the country.

One of the recommended conventional ways of containing the spread and impacts of the weed is by physical removal and burning to ensure it does not dominate the host species. As a strategy for Education for Sustainable Development, it is important to increase awareness on the weed and its impacts by sharing the information on it to schools, churches among other social settings, as in most cases its lack of knowledge or ignorance that leads to the increased invasiveness and its problems. The education will also impart relevant skills and attitudes to be able to solve the invasive species challenges. Key to solution provisions is strategic partnerships by related and relevant civil society organizations, state agencies and international corporations in fighting this menace just like climate change fights and other contemporary environmental challenges. 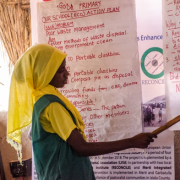 Alvin Henry The Evolution of Corporate Sustainability in Kenya 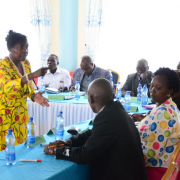 Eco-schools: Building Capacity of Educators and Trainers for Sustainable Development